If you’ve noticed a sudden glut of opinion pieces about women over the last couple of weeks, it’s not a coincidence –it’s Women’s History Month (or at least it is elsewhere – the UK has not marked it since 2012 but that’s another point of discussion…). If you spent any of International Women’s Day online, you would have no doubt noticed an especially strong female presence. The one change I noticed the most though is not the increase of inspirational women but rather the rise of anti-feminist commenters – and it naively shocked me.

The internet allows us to cherry pick our news and mute the voices we don’t want to hear. However, as International Women’s Day and History Month brings gender issues into the mainstream, the discussion is opened up to a whole new audience. Offline, I think of International Women’s Day as an opportunity to appreciate how lucky I am in terms of equality progress but as I’ve been reading IWD coverage online this week, I’ve been reflecting on how much further we’ve still got to go. Why? Because of the dreaded comments sections. I know not to feed the trolls but, sadly, the comments that concerned me aren’t the work of keyboard warriors – they’re just your average readers of METRO.

When the free newspaper ran a poll of its readers last week, they found that 40% would not identify as feminists. Of course, it’s great that the majority are feminists but it’s not exactly a landslide victory for gender equality. So why do many people refuse to define themselves as “feminist”? Browsing through the Facebook comments on Metro’s female-focused stories over the last week, the answer is clear, and awful – feminism is all about cry-baby women who hate men and demand they suffer terrible, painful, humiliating, objectified lives so women can rise as the superior sex. Obviously. And here I was thinking that Oxford Dictionary defined it as “The advocacy of women’s rights on the ground of the equality of the sexes”. Silly me!

Ok, ok, I’m aware I’m being hyperbolic here but internet comment sections – particularly when they discuss feminism – tend to raise my blood pressure as much as I imagine the deep-fryed Full English sandwich of my dreams would (yes, that really does exist!). Every International Women’s Day, you’ll see a flood of snarky “So, when’s International Men’s Day then?” – It’s 19th November. You’ll also read hundreds of the classically paradoxical “I’m not a feminist – I just want equality” and my personal favourite deeply insightful comments from women such as “feminism? Lol”. The reason you have the right to vote, education to read and freedom to (not) marry of your choosing? Très drôle, indeed! Considering the inspiration from this blog was the Facebook comments section of a METRO blog entitled “I’m not afraid to call myself a feminist, and neither should you be”, it’s all a little disheartening.

The most ‘liked’ comment on METRO’s Facebook in response was “You shouldn’t be afraid to say you’re not a feminist either”. While I strongly believe that debate is healthy and it’s not a case of ‘one feminism fits all’, I can’t accept that saying you’re not a feminist should be something to be proud of. We would rightly condemn anyone who said “I’m a racist” or “I’m a homophobe” so why are we ok with those who say “I’m not a feminist”? Perhaps, it’s the etymology that people have a problem with so I can be sympathetic to (although deeply frustrated with) those who hide behind ‘equalist’. Although I don’t believe in the need for a name change, it might just help separate the ignorant from the misogynists. As my friend, and fellow blogger, Nora once tweeted “Why are we still calling it feminism and not ‘common sense’?”. Now, I can’t understand why anyone would be proud to so readily reject common sense, can you? 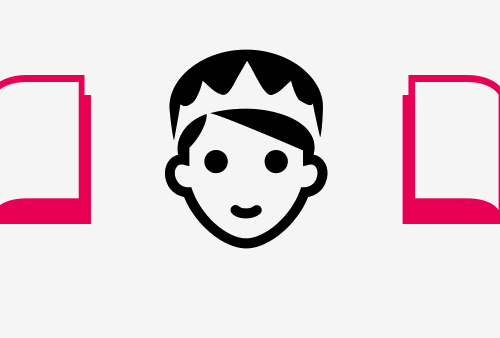