If you’re a single woman, you apparently have only two choices. You can either be a cynical, bitter but busy woman who’ll turn down every date just because she can, or you can be the type to curl up watching romantic films while sobbing into a box of chocolates with only a cat for company. Then there’s me, and I don’t fit into either. Well, not all the time anyway… END_OF_DOCUMENT_TOKEN_TO_BE_REPLACED 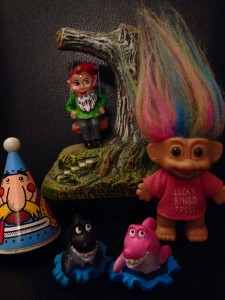 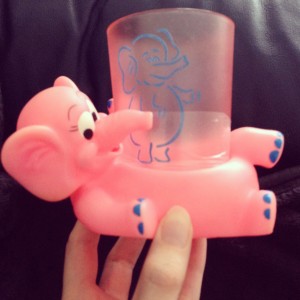 One of my favourite things about Christmas is the food – the turkey and the trimmings, the cupboard’s worth of condiments and even the Brussel sprouts that get their token annual outing. It’s the unnecessary yet deemed essential excess of food that I love so much about a festive roast. So, will I be preparing this year’s family feast? Oh, god no! If I was in charge, the poultry would either still have a pulse or be as cremated as Mog the Cat’s efforts in the Sainsbury’s adverts. Because of this, I can guarantee that I’ll be bought at least one ultimate beginner’s cookbook but as I pile up the books of basics, I’m worried my well-meaning Mum may be wasting her time. One day I hope to return the favour of many marvellous meals (and not just Christmas ones) cooked for me but looking back at my culinary fails, I don’t think any amount of help guides are going to see me rustling up a roast this Christmas…

END_OF_DOCUMENT_TOKEN_TO_BE_REPLACED

Bad Things Happen But You Just Might Find Your Favourite Band…

Sat in a hotel bar back in August, my Mum caught me smiling into my drink. There’s nothing unusual about me looking lovingly towards a gin and tonic but this time, my smirk was there for a different reason. We had just seen one of our favourite bands, Dawes, play a fantastic gig at Oslo in London and had settled down for a nightcap. I was already reliving the show in my mind and it was written all over my face. “It’s weird to think we wouldn’t be smiling like this if it wasn’t for that man at Hyde Park?”, my Mum chirped in. I hadn’t thought about “that man” in a while but then, when I couldn’t sleep, I thought about how an odd chain of events led me here and it’s been on my mind ever since.

END_OF_DOCUMENT_TOKEN_TO_BE_REPLACED

I’ve spent a lot of my life wishing I was older. As soon as I could speak, I became distressed whenever the grown-ups couldn’t understand my gobbledygook. Not long after hitting puberty, I wanted to be thought as a woman, not a girl and I’ve spent years not correcting people who assume I’m older than I actually am. However, now that I’m a bonafide adult (of sorts), I’ve realised how much I love children’s things. Cartoons, fancy dress and blowing bubbles – you name it, if it appeals to ten year olds, I probably love it.

END_OF_DOCUMENT_TOKEN_TO_BE_REPLACED

There is some cruel irony in the way that whenever I face a bout of writer’s block, the only thing I can do to get out of it is write about writing itself. It’s as if I have to deconstruct every reason why all my inspiration has dried up before I can even begin to search for anything new.